Apartments for rent in Munich 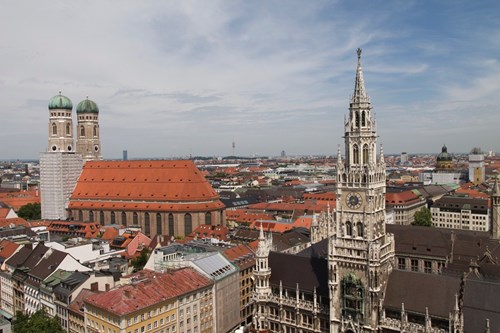 Find available apartments for rent in Munich. Are you looking for apartment in for rent Munich, you get a complete overview on this list. Click on the headline on each accommodation to read more. Are you looking for other types of housing in Munich than apartments, then use the search function in the left side. With an accommodation in Munich you are placed in one of the cultural centers of Germany, full of life and exciting things. Munich is a preferred place for many who are looking for housing.

Munich is one of the cultural centers in Europe and is particularly popular with Germany's high-earners.

However, this also leads to ever higher prices, sometimes for properties in decay, which are, however, in a central location. So if you are looking for a new rental apartment or home today, it is definitely worth taking a look at what is on offer in the lesser-known neighborhoods. The population in Munich is steadily increasing and is young, dynamic and culturally diverse.

Munich, located at the river Isar in the south of Bavaria, is famous for its beautiful architecture, fine culture, and the annual Oktoberfest beer celebration.

It is a major international center of business, engineering, research and medicine exemplified by the presence of two research universities, a multitude of smaller colleges, headquarters of several multinational companies and world-class technology and science museums like the Deutsches Museum and BMW Museum.

Munich is home to Germany's most successful and most famous football club, FC Bayern München. Beyond football, both basketball and hockey are popular in Munich. Munich has also hosted several international sport events including the 1972 Olympics Games. Munich was one of the host cities of the 1974 FIFA World Cup and the final, which was won by the German team, was held at the Munich Olympic Stadium.