Apartments for rent in Stockholm 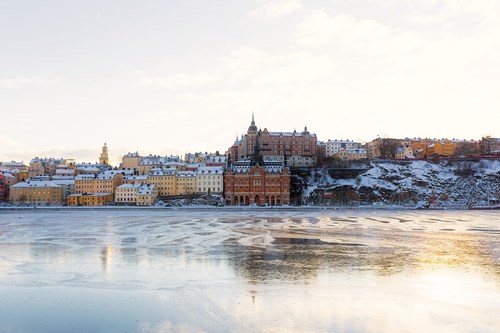 The city, which was founded some 750 years ago by Birger Jarl, grew rapidly out of the then city center - today's Old Town - and with a growing population, the city expanded over time. The result is today a Stockholm, which is built on 14 different islands which, with the help of 57 bridges, are held together and form what many people call one of the world's most beautiful capitals. With its greenery and beautiful buildings, Stockholm attracts a large number of tourists as well as new residents. The city has also been named Sweden's capital for almost 400 years and the country's largest urban area for nearly 600 years. The oldest building is the Riddarholm church, which was completed as early as 1270. Today, the city is divided by the two landscapes of Uppland and Södermanland, the boundary between them being at Slussen in the central parts of the city, where the southern part belongs to Södermanland while northern Stockholm is located in Uppland.

Stockholm is often the focus of the world's media. Among other things, the Nobel Prize is awarded in the city and an annual Nobel celebration is held in honor of the prize-winners, a recurring tradition that has been going on since 1901. The city also boasts the district of Gamla stan, which is one of Europe's best-preserved medieval districts, the ABBA museum which symbolically represents Sweden's proud music history and Gröna Lund, which is the country's oldest and one of the most visited entertainment fields.